On January 10, 2017, Apache Beam got promoted as a Top-Level Apache Software Foundation project. It was an important milestone that validated the value of the project, legitimacy of its community, and heralded its growing adoption. In the past year, Apache Beam has been on a phenomenal growth trajectory, with significant growth in its community and feature set. Let us walk you through some of the notable achievements.

First, lets take a glimpse at how Beam was used in 2017. Apache Beam being a unified framework for batch and stream processing, enables a very wide spectrum of diverse use cases. Here are some use cases that exemplify the versatility of Beam. 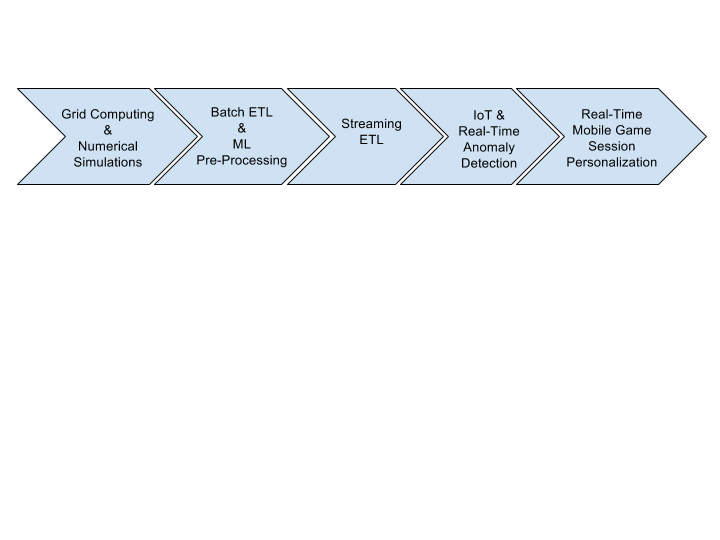 In 2017, Apache Beam had 174 contributors worldwide, from many different organizations. As an Apache project, we are proud to count 18 PMC members and 31 committers. The community had 7 releases in 2017, each bringing a rich set of new features and fixes.

The most obvious and encouraging sign of the growth of Apache Beam’s community, and validation of its core value proposition of portability, is the addition of significant new runners (i.e. execution engines). We entered 2017 with Apache Flink, Apache Spark 1.x, Google Cloud Dataflow, Apache Apex, and Apache Gearpump. In 2017, the following new and updated runners were developed:

In addition to runners, Beam added new IO connectors, some notable ones being the Cassandra, MQTT, AMQP, HBase/HCatalog, JDBC, Solr, Tika, Redis, and Elasticsearch connectors. Beam’s IO connectors make it possible to read from or write to data sources/sinks even when they are not natively supported by the underlying execution engine. Beam also provides fully pluggable filesystem support, allowing us to support and extend our coverage to HDFS, S3, Azure Storage, and Google Storage. We continue to add new IO connectors and filesystems to extend the Beam use cases.

A particularly telling sign of the maturity of an open source community is when it is able to collaborate with multiple other open source communities, and mutually improve the state of the art. Over the past few months, the Beam, Calcite, and Flink communities have come together to define a robust spec for Streaming SQL, with engineers from over four organizations contributing to it. If, like us, you are excited by the prospect of improving the state of streaming SQL, please join us!

In addition to SQL, new XML and JSON based declarative DSLs are also in PoC.

Innovation is important to the success on any open source project, and Beam has a rich history of bringing innovative new ideas to the open source community. Apache Beam was the first to introduce some seminal concepts in the world of big-data processing:

In 2017, the pace of innovation continued. The following capabilities were introduced:

Any retrospective view of a project is incomplete without an honest assessment of areas of improvement. Two aspects stand out:

In 2018, we aim to take proactive steps to improve the above aspects.

Ethos of the project and its community

The world of batch and stream big-data processing today is reminiscent of the Tower of Babel parable: a slowdown of progress because different communities spoke different languages. Similarly, today there are multiple disparate big-data SDKs/APIs, each with their own distinct terminology to describe similar concepts. The side effect is user confusion and slower adoption.

The Apache Beam project aims to provide an industry standard portable SDK that will: