This page provides links to some of our favorite videos and podcasts that will help you get started and learn more about Apache Beam. 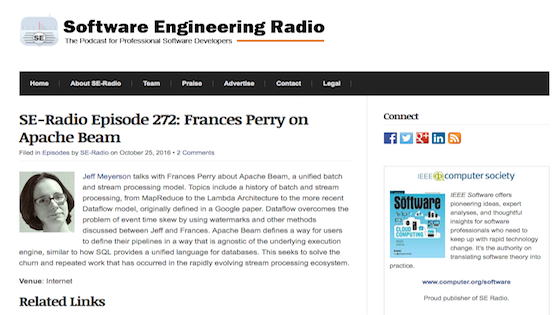 Lessons learned from developing a stream processing platform at scale

Watermarks: Time and Progress in Apache Beam and Beyond